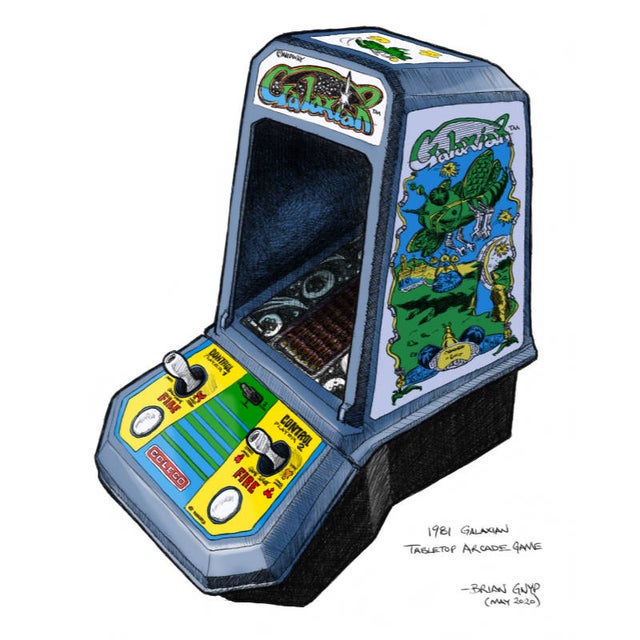 Back in the very early 80's, you could not play video games at home. Instead, tall machines, that could each play one type of game only, packed video arcades. They had awesome artwork on the sides to make up for the prehistoric graphics. I've always loved the retro-future artwork on Galaxian. (Someone should make a video game NOW, using that illustration. The robot insect aliens, future cities, and a split in half moon would make a great game.)

Coleco had the idea of making small electronic games that were similar to the stand-up full-sized games. Although not the same, they played in a similar enough way that made them quite popular. The TV ad showed a fantastic 'Mr. Arcade' that was (magically?) shrinking the different games for the addicted kids so that they could play them at home.

I made a video that shows a Galaxian arcade game and the (poor quality, yet awesome) TV commercial. (See video below.)