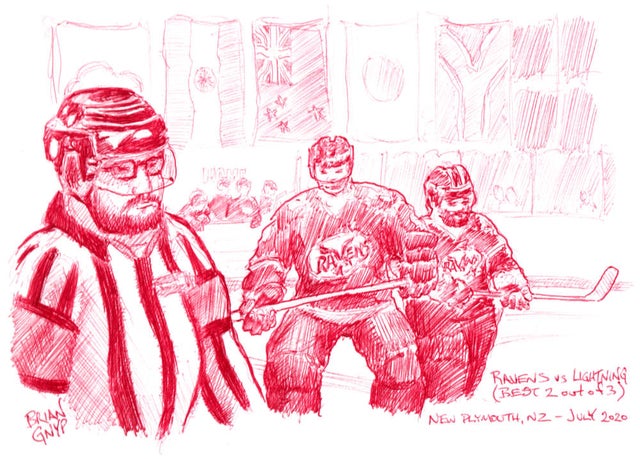 Last weekend, we went to see some amateur inline hockey games at the local rink. The local senior team was hosting a neighbouring city. It was a best two games out of three series. For the first game, I noticed that the home team had two complete line changes on the bench. The visiting game had just one guy extra. That team was doomed. It was only a matter of time before the team got tired and the goalie couldn't handle the barrage of shots anymore.

It was kind of nice to watch a casual league hammer out a few games though. In a Covid-19 world, it's nice to be able to sit anywhere in the bleachers, among a bunch of random people in a place that vaguely smells like athletes, and still not worry about getting sick.

In the end, they only played two games since they didn't need the third. The Ravens just had way more players. To be fair, it's easier to make up a team if there's no travelling to another city and three of them are brothers*.